This is some text inside of a div block.
Related pages
No items found.
Book a ConsultationFind a Specialist

If you are reading this, you might suspect you have attention-deficit hyperactivity disorder (ADHD), or someone may have told you that they think you have it.

ADHD can be a difficult condition to grasp because everyone can have a tendency towards some ADHD traits on occasion. ADHD is often used as a throw-away term to describe anyone who may appear too energetic, talkative, scatter-brained or even lazy. However, the diagnosis carries many more positive and negative features that can have a profound impact on a person’s life. The key to working out if you have ADHD, or are just simply a little scatty or excitable, is to consider how often and to what extent these features affect your life. After all, who doesn’t procrastinate, struggle to concentrate or act impulsively at times?

People with ADHD might feel different from their friends or colleagues and wonder why no one else seems to struggle with the same issues that they do. Over time, these feelings can become internalised and people believe they are personal faults or failures, which could lead to anxiety or depression.

Our ADHD psychiatrists in London have significant expertise in diagnosing and treating ADHD and can provide you or your loved one with expert guidance and a private ADHD assessment.

Our approach to treating ADHD

The first step in treating ADHD is receiving a diagnosis to understand what type of symptoms are causing the most difficulty.

We believe that psychoeducation should always be the first approach in treating symptoms, regardless of severity, as per the guidelines set out by England’s National Institute for Health and Care Excellence (NICE). Psychoeducation involves your psychiatrist providing information about your specific ADHD symptoms so that you can better understand and cope with them.

We will also recommend talking therapy as a way to better understand and take control of many symptoms of ADHD. Therapy for ADHD can be incredibly effective for many people, and its results are often long-lasting.

If you have been diagnosed with ADHD, your London-based psychiatrist will discuss with you the possibility of taking medication. Taking medication for ADHD is completely optional, and the role of the psychiatrist is to provide professional advice while taking into account your personal preferences to help you through your journey.

We take the view that some lifestyle interventions, such as stress relief techniques, nutrition or exercise, can be very helpful for a lot of people with ADHD and we take these into account when developing your personalised treatment plan.

Attention-deficit hyperactivity disorder (ADHD) is a condition that can affect people’s behaviour in many different ways. Somebody with ADHD may experience any of the following issues:

How frequent is ADHD?

ADHD is surprisingly common in adults. In the UK alone, 1.5 million adults are estimated to have ADHD, yet only 200,000 are officially diagnosed.

The number of adults who receive treatment for their ADHD symptoms is even less. So even though it is a common condition it is widely underdiagnosed, especially in females.

Can I have ADHD even if I’m high-functioning?

Many people with ADHD are very high-functioning, which means they may have developed strategies to mask their symptoms, or they might be able to perform very well in their careers despite struggling with their symptoms.

Even if you are high-functioning, you will likely still benefit from an official diagnosis such as a private ADHD assessment and further support so that you can better understand the reason for any difficulties.

What are the symptoms of ADHD?

Symptoms of ADHD typically fall under three main categories of hyperactivity, impulsiveness and inattention. Although everyone demonstrates this behaviour on occasion, people with ADHD will constantly struggle with these tendencies despite their best intentions.

If others aren’t aware of your symptoms, they may think you are lazy or unfocused. This can lead to arguments and fights, or people might perceive your behaviour as ‘inconsiderate’ or ‘rude’ at times.

People with undiagnosed ADHD may feel frustrated and ashamed of their symptoms, which can sometimes lead to anxiety, depression or addiction problems if untreated. ADHD symptoms fall under several broad categories.

Difficulty concentrating, listening or following instructions, becoming distracted quickly, procrastinate easily, struggling to meet deadlines, zoning out of conversations or daydreaming often, having to start a task multiple times before you can finish it, and difficulty planning ahead and organising your time.

Fidgeting, being unable to sit still, feeling restless, always moving around. You might struggle in environments that require you to sit still for long periods of time without disturbing others (such as libraries, offices and during flights).

Not thinking about consequences or risks, impatient or snappy with people, impulsive purchases, reckless decisions that you later regret, interrupting conversations or completing other people’s sentences.

These symptoms can become problematic if they occur very often and interfere with your ability to maintain relationships or meet deadlines. If you feel that your ADHD symptoms negatively impact your career or academic performance, it’s appropriate to seek help and support by first getting a private ADHD assessment.

Is ADHD associated with sleep problems?

Insomnia is not a specific symptom of ADHD, but many people with ADHD suffer from sleep-onset insomnia. Generally, they tend to be night owls and function best at night when there are no interruptions, no distractions, or when they have an upcoming deadline. At nighttime, they may struggle to relax and fall asleep because their brains do not stop thinking about all sorts of stuff – sometimes just random things.

Many people with ADHD have developed coping mechanisms to deal with their sleeping problems. Some take alcohol or sleeping tablets, while others find that if they keep their brains entertained by watching TV, listening to a podcast or an audiobook they find it easier to relax and fall asleep. Often they might fall asleep with the TV on!

What are the different types of ADHD?

There are three main subtypes of ADHD that are classified according to the person’s symptoms:

Predominantly characterised by problems with attention and concentration (which is actually known as Attention Deficit Disorder).

Predominantly characterised by problems with impulsive behaviour and hyperactivity.

This is the most frequent type and involves problems with attention/concentrations and problems with impulsive behaviour/hyperactivity. Symptoms of combined ADHD are usually more severe than the two other subtypes.

What conditions are associated with ADHD?

People with ADHD may also have other coexisting mental health conditions. Common issues that typically co-occur with ADHD include:

While the presence of these other conditions can make it more challenging to diagnose and treat ADHD, we often find that a holistic treatment approach can make an enormously positive impact. Once other conditions are treated, the symptoms of ADHD become much more manageable.

ADHD is a complex neurodevelopmental disorder that is caused by a combination of genetic, environmental and biological factors. The heritability of ADHD is relatively high, at 74%, meaning that someone’s genetics will significantly influence whether they develop ADHD or not.

However, it’s not a simple case of genetic inheritance. Researchers have identified that the genetic risk comes from small mutations in thousands of different genes, with each of these genes contributing a small amount of risk (known as polygenic risk). Due to the vast number of genes involved, scientists still don’t understand precisely why some people develop ADHD, while others don’t.

Does inflammation cause ADHD?

Several biological factors could be associated with ADHD, such as inflammation. Specifically, people with ADHD can have lower amounts of the anti-inflammatory hormone cortisol. Cortisol helps our body to absorb nutrients and is involved in regulating cognitive function and reward-seeking behaviour.

Neuroimaging studies have also shown that people with ADHD have altered patterns of brain activity, compared to people without ADHD.

Although it might be scary to learn about these biological factors involved with ADHD, the good news is that many of the treatments for ADHD help to regulate these biological mechanisms (such as cortisol and brain activity). Receiving a diagnosis and treatment for ADHD often leads to a considerable reduction in stress as you understand there is a concrete reason for your symptoms and difficulties. Stress reduction leads to a host of positive health benefits, from reducing inflammation to improving cognition. By focusing on your overall health holistically, this could even lead to an improvement in your ADHD symptoms!

Can ADHD cause addiction?

New genetic studies show that people with ADHD have a particularly strong predisposition to cannabis use. Meaning that the same genes that increase the risk for ADHD also increase the risk that someone will use cannabis. The study used a technique called Mendelian randomisation, which essentially demonstrated that it was the underlying genetic risk that was associated with ADHD and cannabis use, rather than the ADHD itself causing the cannabis use.

Nearly half of the risk associated with being a regular cannabis user is explained by our genetic make-up. Many of the genes are also involved in ADHD, which explains why people with ADHD are more likely to also smoke or vape cannabis.

Untreated ADHD can, in some cases, lead to serious problems later in life as it is associated with a high risk of addiction and other impulsive behaviours.

As ADHD can underlie many addictions, you should have a private ADHD assessment before treatment for any addiction begins.

While ADHD symptoms may not require targeted treatment itself, a diagnosis will be crucial for designing an effective addiction treatment.

How do you treat ADHD?

Every individual will have a unique set of symptoms and circumstances contributing to their ADHD symptoms. Once ADHD is diagnosed, as well as any other potential conditions, we will develop a personalised treatment plan specifically for you. We will develop this with your input, based on your needs and unique circumstances.

A treatment plan for ADHD may combine any of the following evidence-based approaches: 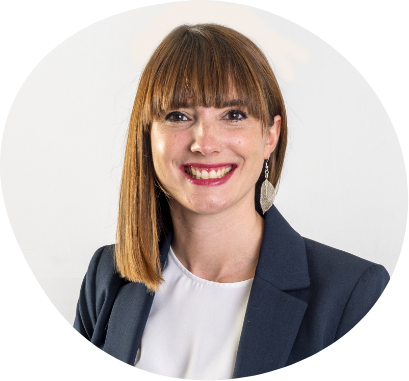 Adolescent & Adult Psychologist
I’m Lynn Gruwez, an experienced clinical psychologist working with adults across a range of mental health conditions, including mood disorders such as depression and anxiety as well as complex conditions.
View specialist profile 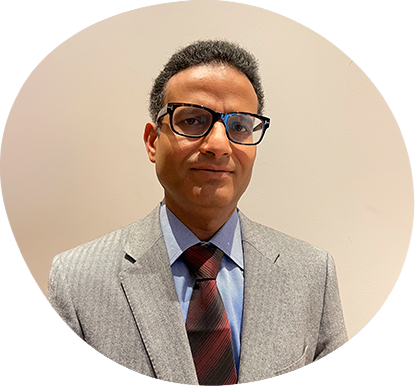 Adult Psychiatrist
I’m Dr Dinesh Kumar and I am a Consultant Psychiatrist with over 20 years of clinical experience, gained while working in Australia, NHS and the private sector.
View specialist profile 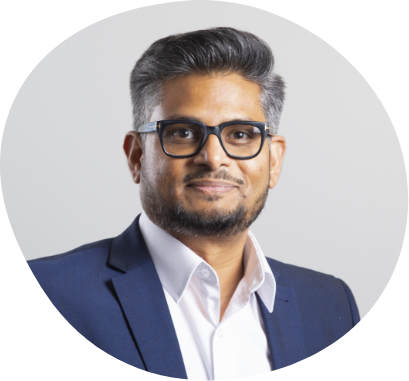 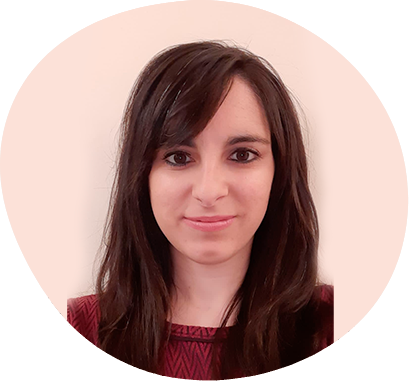 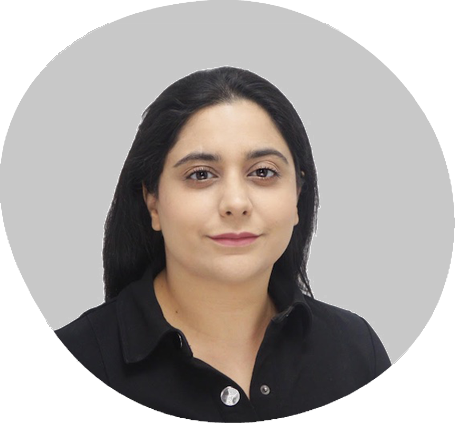 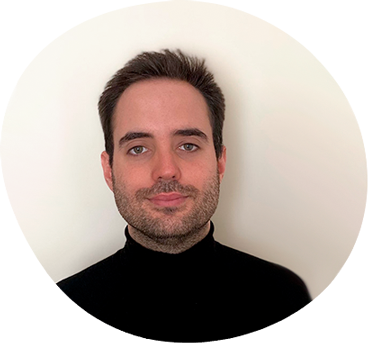 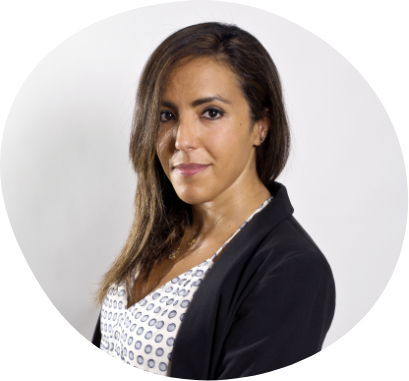 Child & Adult Psychiatrist
My name is Dr Maria Martinez Herves, and I’m a General Consultant Psychiatrist working with children (over 11), adolescents and adults. I love working as a child and adolescent psychiatrist because I believe prevention is better than cure, where possible. Equipping young people with tools to cope with distress and difficulties during their development, will enable them to take these skills into their adult years.
View specialist profile 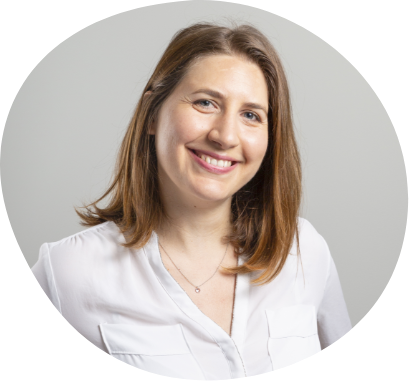 Child & Adult Psychiatrist
I am an experienced Consultant psychiatrist and psychotherapist with over ten years of experience working with individuals of any age, from childhood and adolescence to adulthood.
View specialist profile 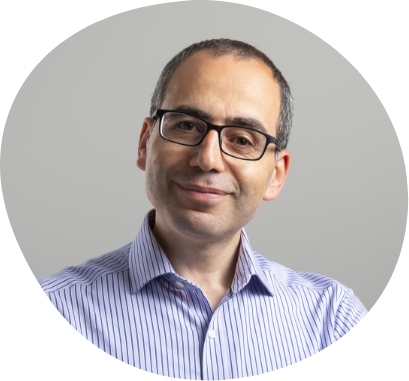 Adult Psychiatrist
My name is Dr Iyas Assalman, and I’m a Consultant Psychiatrist with over 15 years of experience working in the NHS and private practice.
View specialist profile 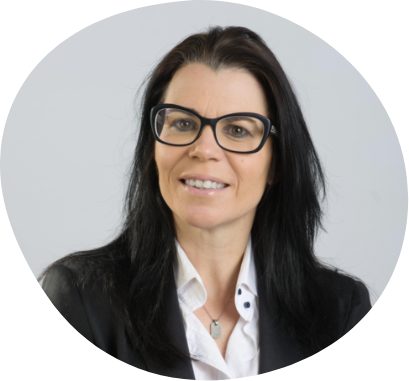 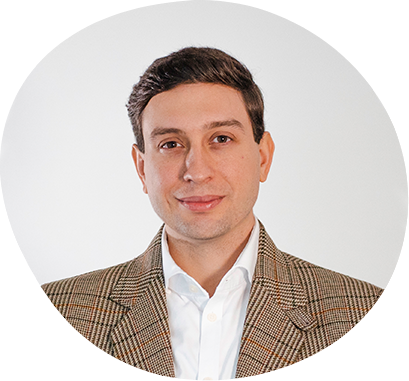 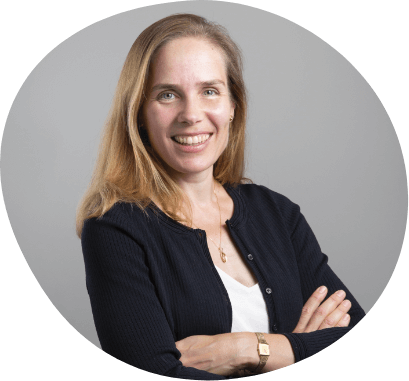 Adult Psychiatrist
I am Dr Nagore Benito, a consultant psychiatrist with over 15 years of clinical experience.
View specialist profile 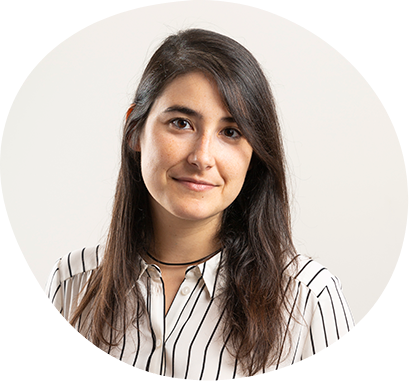 Adult Psychiatrist
I have a strong interest in behaviour modification, lifestyle optimisation and the use of self-quantification as a way to foster wellbeing and increase performance.
View specialist profile 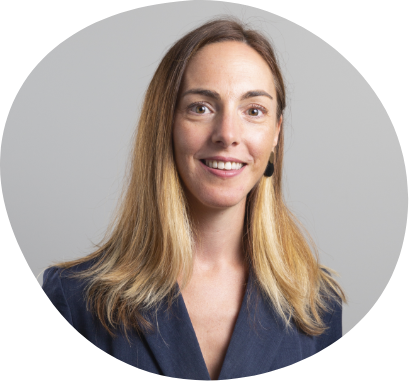