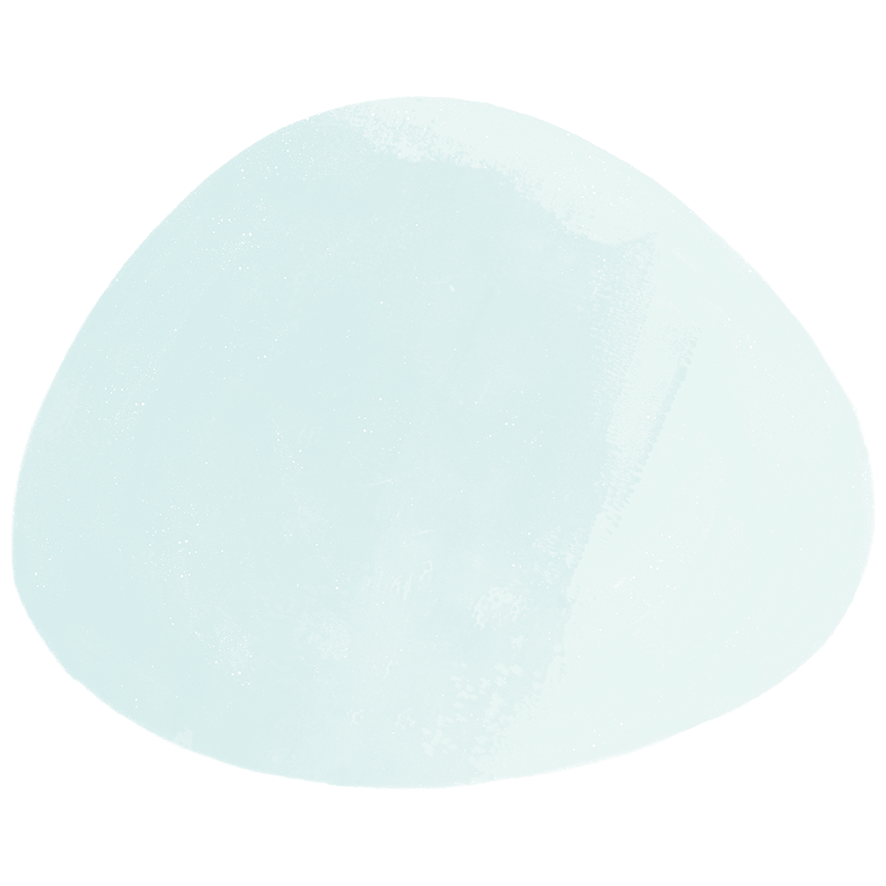 KetoMind is a Nutritional Psychiatry programme based on the ketogenic diet, developed by our team of psychiatrists, psychologists, and specialist dieticians at the London Psychiatry Clinic.

This is some text inside of a div block.
Jump to FAQ section

This article explains how the ketogenic diet started and why it might help treat the symptoms of some mental health conditions. Our expert team of doctors at the London Psychiatry Clinic have carefully reviewed the science behind ketogenic diets to provide you with evidence-based information that you can trust.

We will update this information as new research is published, so please bookmark and revisit this page regularly!

While the latest research has been promising, it’s important to remember that this field of research is still relatively new within psychiatry. Ketogenic diets are not a ‘magic-bullet’ or ‘cure-all’ for mental health symptoms, and not all patients see an improvement after starting a ketogenic diet. Understanding the reasons why ketogenic diets work for some patients and not others is highly complex, which is why we don’t recommend that anyone tries to form an opinion about ketogenic diets based on their research or experiences.

We also strongly advise against using a ketogenic diet without appropriate medical supervision, as there are several risks involved, and individual responses can vary greatly. The information and other content provided on this website or in any linked materials are for educational purposes only. It is not intended and should not be interpreted as medical advice, nor is the information provided a substitute for professional medical expertise or treatment. If you engage in any activity or take any product mentioned herein, you do so of your own free will, and you knowingly and voluntarily accept the risks.

How did the Ketogenic diet start?

Ketogenic diets gained popularity as a tool for weight loss in the 1970s after Dr Robert Atkins published his now-famous dietary programme, the ‘Atkins Diet’, which is a modified version of the ketogenic diet. Ketogenic, Atkins and other low-carbohydrate diets became increasingly popular throughout the 1990s.

During the last two decades, a number of celebrities endorsed the ketogenic diet as a weight loss ‘miracle’, while the public filled internet forums with anecdotal success and horror stories about their experience of the ketogenic diet. This increased media coverage led to the ‘keto diet’ being the most googled diet trend in 2018.

Understandably, the exaggerated claims and celebrity endorsements led many people to consider ketogenic diets as nothing more than another extreme weight-loss fad. However, this also led the scientific community to show a renewed interest in ketogenic diets as a potential treatment for mental health conditions. Over the last 20 years, a rapidly increasing number of studies began investigating whether ketogenic diets could treat conditions such as schizophrenia, depression and bipolar disorder.

Ketogenic diets have been used as an alternative treatment for seizures in patients with drug-resistant epilepsy (who don’t respond to medication) since the 1920s. However, ketogenic diets only seem to work for some patients with epilepsy, with studies showing not all patients experience an improvement in seizure occurrence or frequency.

How do ketogenic diets prevent seizures?

Ketogenic diets alter how the body absorbs energy from food, which is a metabolic process known as ketosis. During ketosis, the body switches from using glucose (from carbohydrates) as its main source of energy and starts converting ketones from fat instead. Ketones can also enter the brain to partially replace glucose as a source of fuel, which can significantly affect brain function.

Why are ketogenic diets being used in psychiatry?

The discovery that ketogenic diets could prevent seizures in patients with epilepsy led scientists to start exploring whether ketogenic diets could also improve brain function in people with mental health conditions. Scientists believe that if ketones are capable of preventing seizures by changing mechanisms inside the brain, ketones may also be able to treat the symptoms of some mental health conditions.

New research suggests that understanding how ketogenic diets influence brain function could eventually lead to new treatments to prevent cognitive decline in mental health conditions. Very few psychiatric medications can target the underlying cause of cognitive decline, meaning that cognitive symptoms are significantly more challenging to treat and manage than other symptoms (such as low mood or anxiety).

Mental health conditions such as schizophrenia, bipolar and depression are increasingly being recognised as neuro-progressive disorders, meaning that damage to the structure and function of the brain worsens over time. As the damage to the brain progresses, symptoms become more severe and difficult to treat. Damage to the brain is known to cause cognitive decline and increase vulnerability to stress.

Cognitive decline is a normal part of ageing that leads to difficulties in storing and retrieving memories, learning information and decision making. However, the speed and severity of decline are accelerated in severe mental illness, making it more difficult for patients to care for themselves and live independently. Sadly, a large proportion of patients with neuro-progressive disorders go on to develop treatment-resistant conditions, with severe symptoms that show little to no improvement from medication or conventional treatments (such as psychotherapy).

A recent review, published in the International Journal of Neuropsychopharmacology, suggested that ketogenic diets seem to improve brain function and cognition by targeting the underlying biological mechanisms linked to mental health symptoms.

Some of the mechanisms through which ketogenic diets may affect brain function include:

Learn more about the basic mechanisms of a ketogenic diet on metabolism here.

Ketogenic diets and the microbiome

Scientific studies have shown that ketogenic diets can significantly influence altering the diversity of gut bacteria in the microbiome. Changes in the gut microbiome caused by the ketogenic diet may only be helpful for patients with certain conditions, such as autism and schizophrenia. In contrast, other studies have found that ketogenic diets are associated with a reduction in beneficial gut bacteria and increased harmful gut bacteria. However, the quality and content of the type of foods consumed on a diet can vary considerably between individuals, which may significantly impact the gut microbiome more than ketosis itself. Additionally, new research shows that some patients may experience more benefit depending on their baseline blood ketone levels and individual differences in gene expression.

What are the limitations of ketogenic diet research?

The evidence for ketogenic diets in treating mental health conditions is currently limited due to a lack of high-quality clinical studies with long follow-up periods. The ketogenic diet's short-term effects (up to 2 years) are better established in conditions such as epilepsy or weight loss. Still, the effects of the diet are highly variable across all conditions and between individuals.

However, these limitations aren’t unique to ketogenic diet research. The results of studies investigating diet and nutrition are inherently complex to interpret. It’s challenging for scientists to accurately measure people’s food consumption on a daily basis, as well as the nutritional quality of their diets and macronutrient ratios. Additionally, people also respond differently to diets due to complex interactions between the microbiome, neurotransmitters, hormones, genes and immune system, and environmental factors. This means what works for one person may have a completely different effect on someone else.

Although there is emerging evidence that a ketogenic diet might be helpful for some people, unfortunately, scientists don't have a way to predict which conditions or individuals will benefit most from ketogenic diets. As with any medical treatment, ketogenic diets might only benefit a subset of patients with severe or treatment-resistant disorders, such as epilepsy or schizophrenia.

Currently, it’s unclear whether ketogenic diets offer any substantial benefits for long-term weight loss compared with other more widely researched diets, such as the Mediterranean diet. For a more comprehensive overview of the evidence for ketogenic diets as a weight-loss tool, readers are directed to these external evidence-based articles:

Do ketogenic diets have any risks?

Scientific reviews have found that people on ketogenic diets can develop vitamin and nutritional deficiencies over time. One of the major factors that contribute to the safety of ketogenic diets is the nutritional quality and content of the food people consume while they are on a diet. People who embark on a ketogenic diet without the supervision of a healthcare professional may end up swapping healthy carbohydrates (from vegetables) in favour of processed animal products or saturated fats. Reducing your intake of vegetables, fruits, legumes, and whole grains increases the risk of vitamin and mineral deficiencies. A lack of fibre can also reduce beneficial gut bacteria in the microbiome. Diets high in processed meat and saturated fat are associated with increased inflammation and risk of developing conditions such as diabetes, cardiovascular disease, some cancers, and Alzheimer’s disease.

Research into ketone supplementation is still in the early stages of development, as the dosage and timing of ketones needed may vary by condition, symptom severity and illness stage. Researchers must also consider whether ketone supplements are influenced by individual patient differences, such as height, weight, body fat percentage, gender, etc. If ketone supplements are proven to be beneficial, the improvement in symptoms must outweigh the possible side effects of a supplement before it can be approved as a medical treatment.

While there are many ketone supplements available that claim to do this, none have yet been approved for the treatment of any condition or for weight loss.